What is Animal Communication? 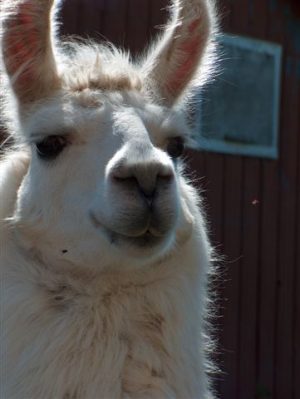 Have you ever wished you could actually understand what your companion animal is trying to tell you? It’s easier than you think… Yes, it is truly possible to use Animal Communication to interact with animals of all species. Although animals do not use spoken language like we do, they are constantly communicating. The question is, how do they communicate? The answer, by simple telepathy. Telepathic communication is achieved through the transmission of imagery and a myriad of sensations and emotions that are received and spontaneously translated into spoken language by the Animal Communicator.

Animal Communication makes it possible to come into direct contact with an animal – no matter where it is in the world – and carry on a genuine conversation on just about any topic!

All humans are born with fully functioning telepathic abilities. However, these skills atrophy with the introduction of human socialization and the mastery of spoken language controlled by a different part of the brain. Animals do not lose this ability and continue to function naturally using the universal language of telepathy. This is how they communicate with each other and how they sometimes try to communicate with us as well. Unfortunately, we often do not recognize their attempt at communication. Unless we can once again become sensitized…

Telepathic communication with animals is based on the premise that they possess a soul and are sentient beings, just like us. However, animals are also different from us, not only biologically, but psychologically as well, as they are rooted in the present moment. They also have a different vision of the world, one that I would venture to say is imbued with undeniable wisdom. They are intelligent beings, aware, bound to a unique spiritual life, endowed with a distinctive personality, and are capable of sensing a wide range of emotions without judgment. 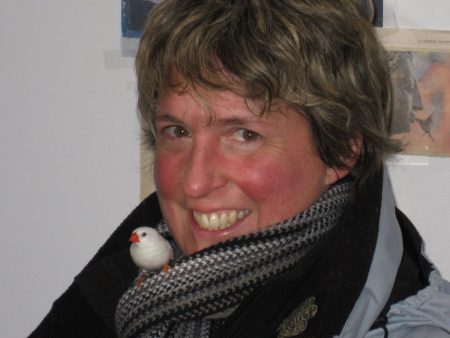 Caroline has always felt a very special bond with animals, but it was in 1992 that she officially began the journey that led  her to being able to communicate telepathically with them. While watching television one evening, she was fascinated by a documentary on Samantha Kury, an American who could literally speak with horses, cats, dogs, and a strange, featherless bird. For Caroline, this documentary was transformative.  Having always enjoyed an intimate rapport with animals, she was inspired to one day become capable of communicating in this way with them.  Seven months later, while visiting a farm in the Eastern Townships (Quebec), Caroline encountered an American woman, Dawn Hayman, who inadvertently exposed her to an animal communication initiation workshop! This prompted Caroline to visit Dawn’s sanctuary (Spring Farm Cares) in Clinton, New York, where she joyfully participated in numerous classes and workshops that were instrumental in shaping her into the outstanding Animal Communicator that she is today.

Caroline’s first and undeniably unforgettable experience involved communicating with a big goose named Annie Priny. Since this initial breakthrough, she continues to take workshops and refresher courses in order to perfect her art and hone her telepathic skills.

After several years of practising animal communication, Caroline opened her own consulting office in 1999, offering her professional services on a full-time basis. In 2002, she began teaching animal telepathy, in both French and English, in her native Quebec and around the world. Caroline and her unique skills have been the subject of television and radio shows (CBC), as well as many written articles. Her work has also been mentioned in several french publications, including Entre l’Humain et l’Animal (Maryse De Palma), La Vie Après la Mort Vol. 2 (France Gauthier) and, in 2010, La Communication Animale (Éric Pigani).

“My approach to Animal Communication is called My Animal, my Mirror ©. After more than 20 years as a professional Animal Communicator, it is undeniable to me that animals serve as great mirrors for us, reflecting our emotions and dynamics, that are often time unconscious. They are our partners in life and in our journey to awaken.  They are also here to love us, bring us back to the joy of NOW and teach us the most fundamental life lesson, that of unconditional love.”